Coronavirus is continuing its spread across the world, with more than three and a half million confirmed cases in 187 countries. More than 250,000 people have lost their lives.

The United States alone has more than one million confirmed cases – five times as many as any other country.

This series of maps and charts tracks the global outbreak of the virus since it emerged in China in December last year.

How many cases and deaths have there been?

The virus, which causes the respiratory infection Covid-19, was first detected in the city of Wuhan, China, in late 2019.

It is spreading rapidly in many countries and the number of deaths is still climbing.

The US has by far the largest number of cases, with more than one million confirmed infections, according to figures collated by Johns Hopkins University. With more than 70,000 fatalities, it also has the world’s highest death toll.

France, Italy, Spain and the UK – the worst-hit European countries – have all recorded more than 25,000 deaths.

In China, the official death toll is some 4,600 from about 84,000 confirmed cases. Numbers for deaths jumped on 17 April after what officials called “a statistical review” and critics have questioned whether the country’s official numbers can be trusted. 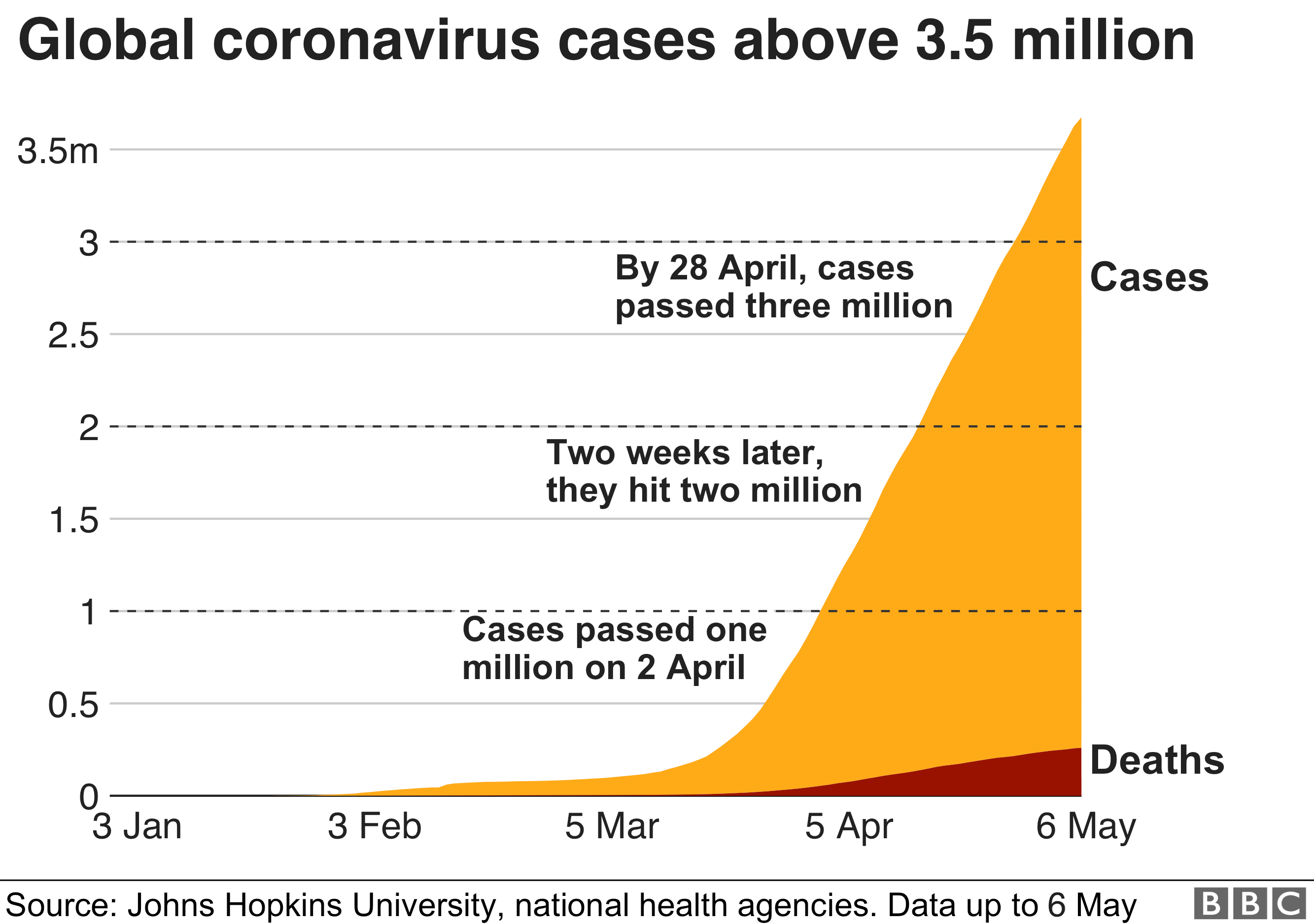 On 11 March, the outbreak was declared a global pandemic by the World Health Organization (WHO). This is when an infectious disease is passing easily from person to person in many parts of the world at the same time.

More than three million people are known to have been infected worldwide, but the true figure is thought to be much higher as many of those with milder symptoms have not been tested and counted.