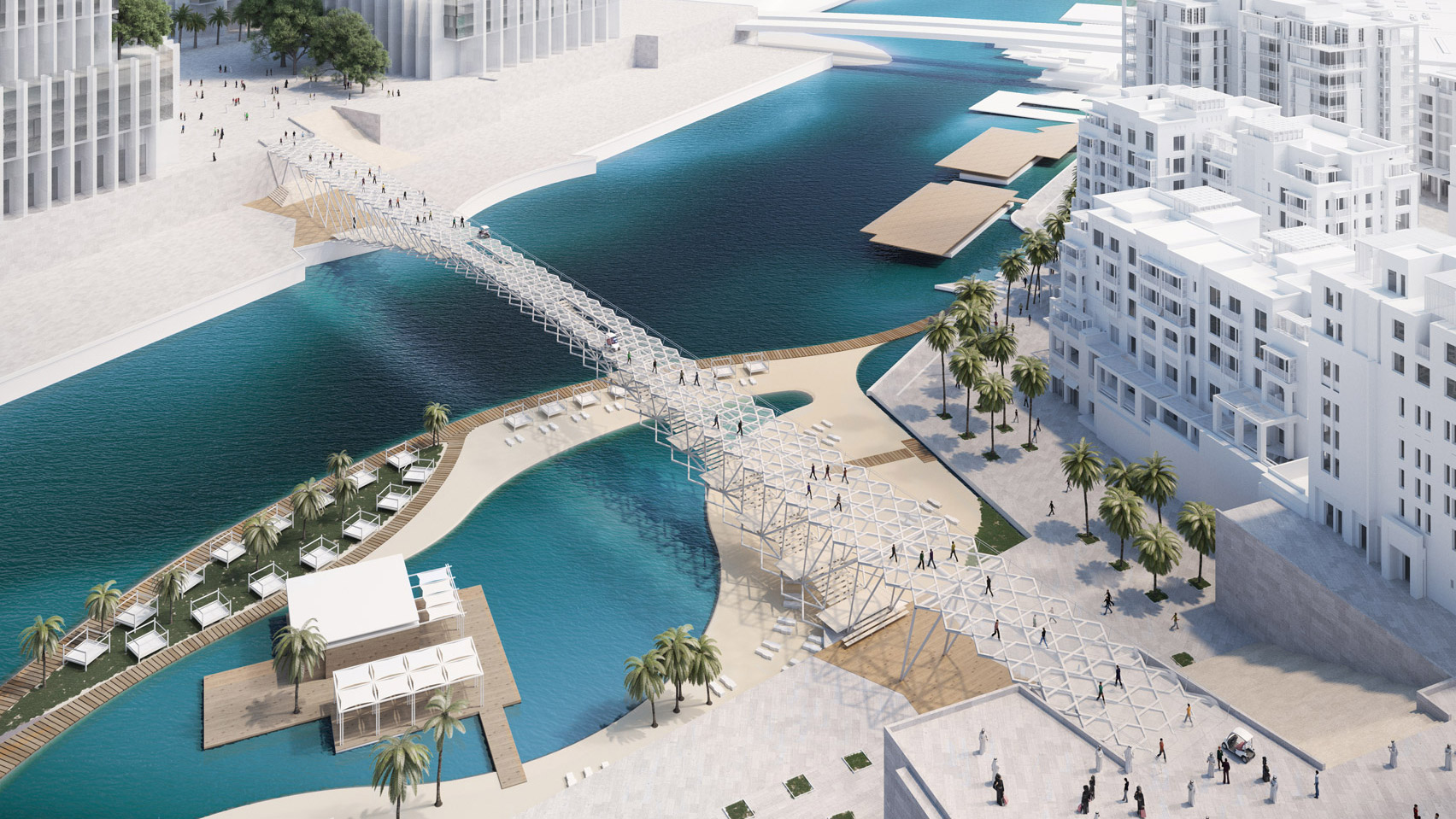 IJP Architects and structural engineer AKT II have unveiled visuals for a two-storey bridge that will be built beside Santiago Calatrava’s Dubai Creek Tower in the UAE.

Named Dubai Creek Footbridge, it has been designed by IJP Architects and AKT II with a 145-metre-span over the man-made canal in Dubai Creek Harbour.

It will be composed of a decorative web of steel that evokes traditional Islamic geometric patterns, to create a throughway and “Instagram-ready” viewpoint to the world’s tallest structure.

The intention is for it to be as slender and light as possible, complementing the form of the Dubai Creek Tower rather than distracting from it. 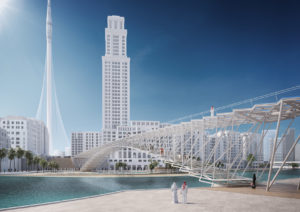 “A lightweight arched truss offered the simplest urban massing, for the maximum opportunity to impress,” the pair told Dezeen.

“The bridge is entirely designed around the gradual discovery of its towering neighbour. The emergence of the public stair onto the upper deck is designed like a camera aperture framing its subject – ‘Instagram-ready’.” 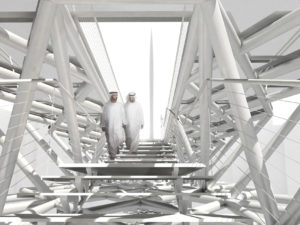 Once complete, the two-storey Dubai Creek Footbridge will provide visitors with views of the surrounding city and also Dubai Creek Tower on both levels.

Its lower level is intended for pedestrians and provides shade from the sun, while the upper deck will be primarily used as a route for golf carts and cyclists.

The bridge will have a truss arch structure, composed of a web of high-strength steel. A truss arch is a type of structure in which all its horizontal forces are contained within the arch itself.

This was engineered to minimise the size of all its exposed structural members as far as possible, and ensure that the bridge has a slender aesthetic.