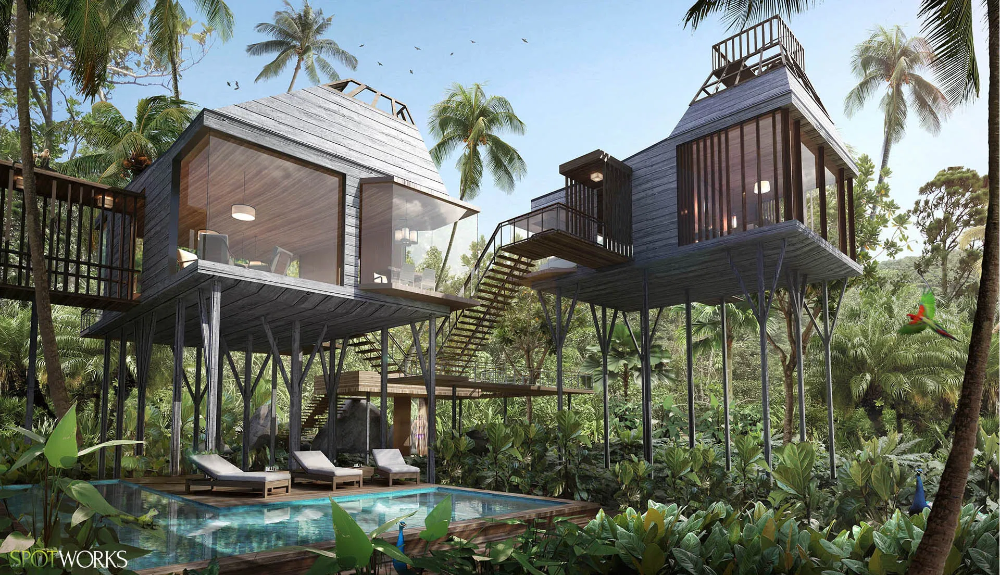 With the ever-changing and constant advancements of the architecture and design industry, 3D visualization has slowly become a vital part of the field. Before we move forward to discuss some of the benefits of the 3D visualization, we should take some time to understand what 3D visualization is all about, and what is its relationship like with Architecture?

What is 3D Architectural Visualization?

3D visualization is used to create an image to explain ideas that couldn’t be explained through 2D images. With 3D rendering, it is where the exact plans and elevations of an architectural piece are generated to a 3D form using a computer. The technique of 3D modeling and visualization are also utilized in other fields to make weaponry and advanced scientific machinery.

The reason why 3D visualization plays such a vital role in the architectural and design industry is obvious – people simply are just drawn to see things visually. This also applies to any industry. People are also more willing to spend money on things that they can see it first-hand. This also explains why online business contains a dozen images to sell their productions.

Also, a client is more likely to approve a detailed 3D rendered design as compared to approving an idea shown on 2D diagrams or drawings. Put yourself in your client’s shoe – would you be able to better appreciate a 3D model where you will be able to see even the minuscule of details? The answer is probably yes.

This is just one of the major benefits of having 3D rendered images, and we will touch on more pointers throughout the article. If you are someone who appreciates hand drawings and how ideas are brought forth through traditional means of flipping through the edges of books and papers, that is totally fine and understandable. However, if you are someone that doubts the efficiency of newer methodologies of presenting ideas, then this article is made for you. Keep reading, and we hope to be able to change your perspective in just a few minutes.

Using 3D rendering has been one of the most advantageous methods of idea communication in the Architectural industry. You won’t require additional physical materials or be extra careful about precision. Rendering services have made it easy and fast to bring your ideas to life just using computers and the correct 3D rendering software. It saves much more time compared to traditional model making methods, and it shows more too. Here’s a summary of the benefits you will experience from using 3D architectural rendering services:

1. You Can Explain Your Ideas to Anyone

Almost everyone will face this problem and agree that it is extremely challenging to explain the intricacies of a project to an audience that has no prior knowledge of the field you are working in. It is a similar situation to the one where Mark Zuckerberg had to explain Facebook to Congress Senators. You will end up making a non-engaging presentation where you spend more time answering awkward questions instead of properly explaining and showcasing your project. This is where 3D Visualisation can come into play.

3D renderings offer a canvas where you can create meaningful conversations based on the number of details shown in just 1 image. Meaningful engagements can also arise (even with an audience who have no prior knowledge) with the help of 3D renders, as 3D renderings are already self-explanatory with a clear visual containing high-quality details to communicate.

You will probably imagine that something as complicated as 3D architectural visualization would cost a lot. To be fairly honest, during the early days of 3D architectural visualization, it cost a fortune. However, with the advancement of technology and changing times, 3D rendering has now become easily accessible with a budget that fits the common public. Other than just still images rendered by 3D software, 3D animations have also an incredible cost to benefit ratio as well. 3D animations are like an upgraded version from 3D images, where more can be seen and portrayed to potential clients.

With 3D software being more and more accessible to all, it is also common to find freelancers offering their services at a fraction of the cost of rendering companies. Do be careful of engaging cheaper services, as the end product may not be as good as what you might expect. It may save a lot of money at the start but will incur much more additional costs at a later stage. We will discuss this in the next section.

It is a common problem where project budgets are exceeded due to multiple changes required by clients during the construction stage. This is a common problem as clients who are untrained in the field of architecture and design may not be able to fully understand certain ideas prior to the construction stage, especially if there are insufficient drawings available to communicate certain ideas.

With the help of 3D architectural visualization, your clients will be able to spot any problems or discrepancies right from the early stages of the project. For instance, if the client does not like the layout and design of the parking spaces, they will be able to object right away with the help of a photorealistic rendering at the start. Catching problems at the early stage will save trouble and additional costs of only changing the entire carpark layout after construction has begun.

The Future of 3D Architecture Visualization

It may seem that we have already reached the prime and peak of architecture using photorealistic renderings, but there are better tools that are gradually being introduced to the industry. What we are currently looking at in the form of a picture, is turning into videos and virtual reality. Instead of seeing just a still image, you will now be able to look and walk through your future home/space. AR and VR technology may still be a few years away from perfection, but there are already a few rendering companies in the market providing such services now. Yes, and Pixelarch ltd is one of them.